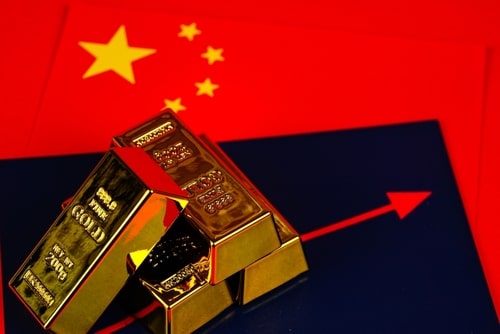 Swiss exports of gold to China were at four-year highs in 2022, with China taking in 524 tonnes of gold worth around $33 billion. This is a massive increase from 354 tonnes reported in 2021 and the most since 2018, according to Swiss customs data.

China is the world’s number one gold consumer, followed by India, with a focus on retail investment and jewelry demand.

In a separate dataset published by Russia’s customs agency over the weekend, China also increased its purchases of Russian gold. China bought 6.6 tons of gold from Russia in 2022, which is an increase of 67% from 2021, local Russian media reported.

Switzerland also exported 188 tonnes to Turkey, which was the most on record, which goes back to 2012.

An Alternate View Of The Gold Market (NYSEARCA:GLD)